Uses a new metric, called Illumination Diffusion (ID), as an improved method for characterising the transmission characteristics of transparent materials.

The cloud, or haze, of a transparent material is an important consideration in its suitability as a packaging material, which often need to be highly transparent, to show the colours and fine details of a product.

Conventional ways of measuring transparent materials typically include a dedicated haze-meter, which quantifies the amount of light scattered over a certain range of angles, from the direction of an incident beam.

This established test method, however, has certain limitations. For example, the range of scattering angles used is arbitrary and the definition of haze does not correlate directly to the perception of the human eye. A haze measurement also doesn’t take into account the variation in transparency created by the distance between the material and the viewed object. It is also unable to detect local defects, through its averaging of readings from a relatively large specimen area.

The Rhopoint ID addresses all of these issues and quantifies the loss of transparency as Illumination Diffusion (ID). Imaging is configured to match the human eye’s perception of transparency and data is given for in-contact optical properties and the variation generated through specimen-to-object distance.

As plastic packaging is used both in contact and with air gaps between the product and protective film, the new ID measurement is a significant step forward for when developing, or specifying, films for different applications.

How Illumination Diffusion works
A backlit, highly detailed, target graticule acts as the viewed object, creating a highly defined pattern of light intensities with optimal, sharp transitions between the backlit and masked areas.

A sample placed in direct contact with, or at a desired distance from, the graticule is imaged and analysed, to quantify the reduction in sharpness of the backlit-to-masked (light-to-dark) transitions of the graticule, compared with the reference image.

The output is a simple single-scale ID value, with the overall scale specifically matching the resolution of a human eye, at a typical viewing distance.

Spacers are used to create an air gap of up to 40mm, to represent the in-pack distance between the product and material.

The ID-L model also provides statistical analysis of results as well as images of the test graticule that can be visually assessed and used in reports outlining material characteristics.

For further information, please contact our sales team on 01223 492081 or via sales@tendringphysicaltesting.com 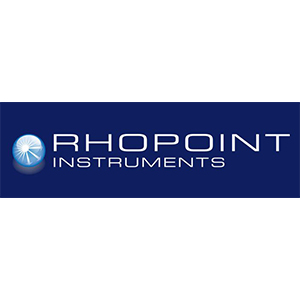 A UK based manufacturer of test equipment. Founded in 1988 and focussed on appearance quality. Initially a manufacturer of glossmeters, their range has developed into the testing of many other parameters including orange peel, haze, texture, defect analysis, shade and opacity.